It includes a safe pick up from your hotel and Drop-off at the entrance of the airport.

A safe trip from the airport to your hotel that includes waiting for your arrival, even with a delay of your flight. The driver waits with a sign with the name of the hotel.

Most of our taxi drivers are bilingual. 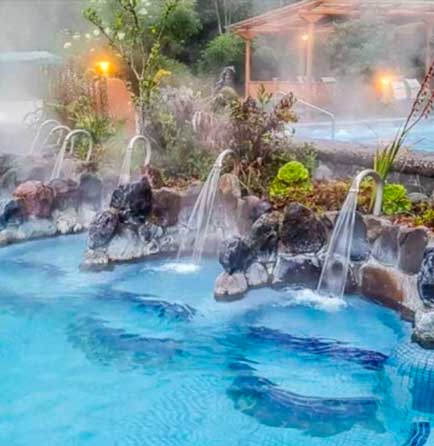 Crystalline pools of warm water embedded in the moor and surrounded by the haze: the Papallacta Hot Springs, located just 50 kilometers east of Quito, are one of the places you can not miss. In Papallacta you will not only find waters with healing properties in a tourist complex with all the comforts, but also the most absolute tranquility.

In addition, in the lagoon of Papallacta you can fish trout or go hiking to the snowy Antisana. 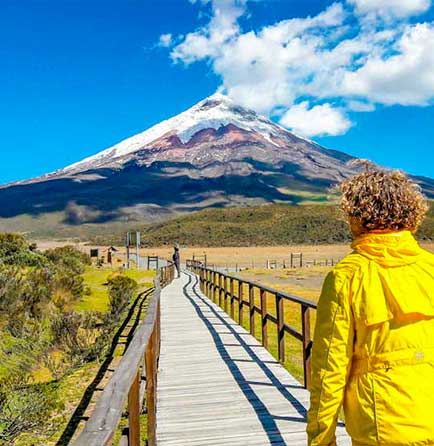 This protected area, located 60 kilometers south of Quito, is also one of the most volcanic of Ecuador and perhaps the most impressive point of the Avenue of the Volcanoes.

In this park you will find Cotopaxi (5 897 m), one of the highest active volcanoes in the world, as well as a very diverse fauna and flora, typical of these high lands. Rabbits, deer, wolves, llamas, pumas, skunks, spectacled bears, Andean gulls, condors and quindes take a stroll along the 33,393 hectares of the park, which you can walk along the Quishuar trail that goes into a pine forest.

Middle of the World 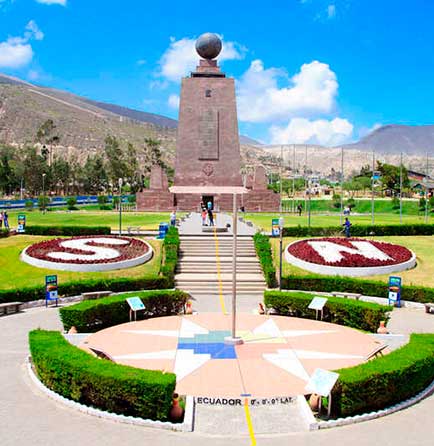 Includes pick up from the hotel to the monument, visit to the city Mitad del Mundo, visit to the Intiñan museum and a visit to Crater Pululahua. Include return to the hotel or any other point in the city you want.

This tourist complex is located in the parish of San Antonio de Pichincha, 14 kilometers from Quito, which is currently one of the main tourist attractions, and the only place in the world where you can take a photo with one foot in each hemisphere, balance an Egg on a nail and check that here you will always weigh a kilo less than in any other part of the world.

Inside the Monument is the Equatorial Museum which consists of nine floors where you will live the complete experience of the Half of the World and a viewpoint that gives a spectacular view of the Equinoctial Valley to 30 meters of height. Within the Mitad del Mundo City there are pavilions with permanent exhibitions containing information from France, Ecuador, and the Guayasamín master who is known for his art and a planetarium.

There is also an exhibition of artistic and cultural dances every weekend. 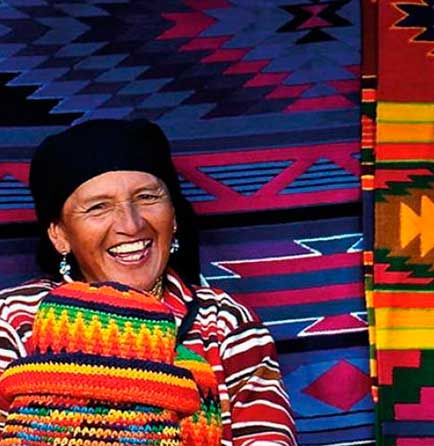 A stop in Cayambe
Known for its hot chocolate and biscuits.A lso known as one of the most important cities in the production of flowers worldwide.

A visit to Cotocachi
Cotocachi is a multiethnic and multicultural village known for its fine workmanship of leather and wool articles. Cotacachi is 80 kilometers north of Quito. The Intag Valley, 39 kilometers west of this city, is a tourist destination where extreme sports and sport fishing are practiced. There you can raft in the river or canopy in the mountain of Gualimán or Balsapamba.

The Peguche Waterfall
The Cascada de Peguche is a beautiful waterfall of 18 m high, formed by the waters of the river of the same name, born in the lake San Pablo.En the area abound natural sites, such as the Peguche waterfall. Just five minutes northwest of Otavalo, this waterfall is a site of great tourist attraction due to its 18 meter water drop, which you can access through its trails and hanging bridges. 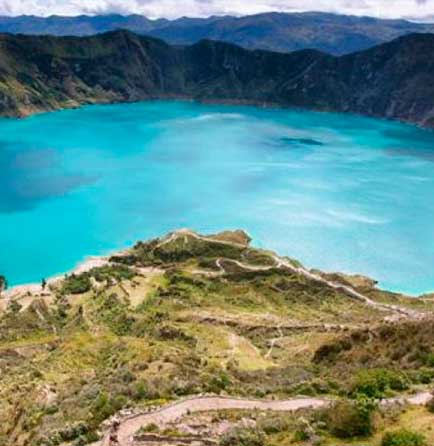 The lagoon of Quilotoa is located 66 kilometers south of the city of Latacunga, in the parish of Zumbahua and is part of the Ecological Reserve Los Ilinizas.

Situated at 3800 meters above sea level, it has become a way of life for its inhabitants, who benefit from its benefits. The water of the lagoon has an emerald green color and varies according to the season, with bluish green or almost yellow showing an imposing picture according to the shade and the light. 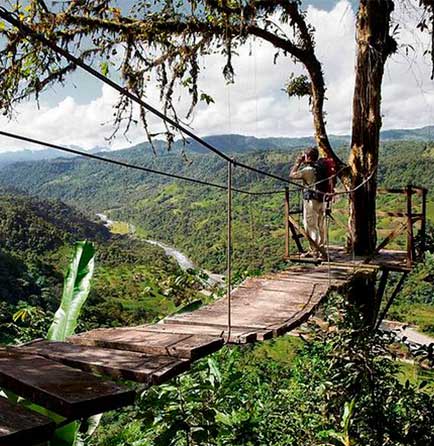 Almost two hours northwest of Quito is this bird sanctuary and cloud forest. For years, this town has been considered by fans of ornithological tourism as the top spot of bird watching. In the Mindo-Nambillo protective forest you can observe almost 500 species of birds in their habitat.

In addition, there you can stay in hostels and lodges, have cocktails in lively bars, eat in restaurants of typical food and international cuisine, and swim in the rivers and waterfalls of the area. If you prefer extreme sports, you can practice canopy, rafting, kayaking, canoeing and paragliding.

My friend and I stayed at Casa Joaquin for 3 nights. The staff is extremely friendly and helpful, the location is close to the handicraft market, a wide variety of restaurants and shops, and our room was large, clean and comfortable. The staff, was on site every day where she offered a made-to-order...

Kris
This is a great little hotel, with a wonderful friendly staff. Everyone was knowledgeable and ready to answer questions. It was clean, comfortable and conveniently located. Would definitely stay there again

Trail21
We stayed at this wonderful hotel for two nights when we arrived in Quito and then one night four weeks later when we were on our way to the airport to fly home. We scheduled the driver to pick us up at the airport upon arrival. He was on time, friendly, and a safe driver. The hotel was beautiful. It was a...

Lydia B
This very comfortable hotel is located in La Marascal a block from Plaza Foch- which has many restaurants and is a pickup location for bus tours. The hotel staff treats you like family! The also make excellent breakfasts. We stayed five nights and are delighted that we did!

A wonderful hotel and location in Quito!

Linwood
Wonderful place to stay. Staff very friendly, kind and helpful. Breakfast was always tasty with choices, taxis were called immediately and any kind of help needed was provided. Could not have been better!!

Douglas S
This beautiful little boutique hotel is a gold mine in Quito. Though in the city, there is little noise as all the rooms have been soundproofed. They are clean, tastefully decorated individually, and with hot showers. Her coffee hand chosen from the South of Ecuador is so smooth and tasty in the morning and her breakfasts are prepared with detail and her love...

The experience of our guests in his own handwritin

Dear Raul, Thank you very much for taking your ti

Starting our day with a great breakfast! 🥓🍳

Thank you to our wonderful guests! 💙🌺 . Book

Thank you very much for your lovely feedback about